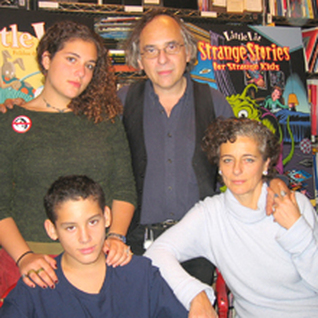 Françoise Mouly is the publisher and Editorial Director of TOON Books, which she launched in 2008. She joined The New Yorker as art editor in 1993.  Ms. Mouly has been responsible for over 1,000 covers over her tenure at The New Yorker.  The American Society of Magazine Editors (ASME) has chosen many of Ms. Mouly’s images as “best cover of the year.” In 2012, for the publication of “Les Dessous du New Yorker” by Éditions de La Martinière, Galerie Martel in Paris presented “New Yorker Covers,” an exhibit of artwork by Mouly and seventeen other artists.

Starting in 1980, Ms. Mouly was the founder, publisher, designer and co-editor with her collaborator and husband, cartoonist Art Spiegelman, of the pioneering comics anthology “RAW," where Spiegelman's MAUS was first published. In 1998, after looking for material to help her two children become readers, Ms. Mouly established a RAW Junior division, to publish first the Little Lit collection of comics with HarperCollins, then the TOON Treasury of Classic Children's Comics with Abrams, and launched the TOON Books imprint.

In 2012, Ms. Mouly released Blown Covers, about the creative process behind New Yorker covers with Abrams, Postcards from the New Yorker, A Hundred Postcards from Ten Decades with Penguin, and was the editor of Houghton Mifflin’s 2012 Best American Comics. In 2013, Coach House Press released In Love With Art, a biography of Ms. Mouly by esteemed critic Jeet Heer. In 2014, she was featured with Lynda Barry, Alison Bechdel, Charles Burns, Daniel Clowes and  others in Professor Hillary Chute's Outside the Box, Interviews with Contemporary Cartoonists, published by the University of Chicago Press.

Born in Paris, Françoise moved to New York in 1974. She was named Chevalier in the Order of Arts and Letters by the French Ministry of Culture and Communication. Among the many honors she has received are an honorary Doctorate from Pratt Institute, Gold and Silver medals as well as the Richard Gangel Art Director Award from the Society of Illustrators, and France’s highest honor, the Legion of Honour. In the Fall of 2014, she's slated to receive the Eric Carle Musuem's Bridge Award, which goes to "an individual whose work has been instrumental in extending the boundaries of the illustrated book for young people and in helping to bring such books to new audiences."

Get in touch at francoise@toon-books.com 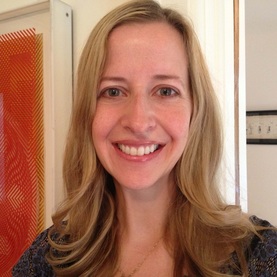 After witnessing her two boys (then ages 3 and 6) devour the entire TOON catalog, Kimberly approached Françoise about joining the team to help spread the word about these “utterly gorgeous” books.  Her 3-year-old would routinely quote Barry’s Best Buddy as he quipped, “Oh tragedy!” and her 6-year-old wanted to know if there really was such a thing as a “bottomless pit” since the one in Stinky turned out to be a ruse.

A graduate of Duke University Ms. Guise received her MBA from the University of Pennsylvania Wharton School. Her professional experience spans both early childhood education and the creative arts.

Kimberly's favorite TOON Book is Otto’s Orange Day because: "As someone known to throw orange-themed parties, I can relate to Otto’s appreciation for this superfine color."  Though with the launch of the TOON Graphics, she's been enjoying her older son's newfound interest in Greek mythology so Theseus and the Minotaur might now be taking over as the household favorite.

Get in touch at kimberlyg.toon@gmail.com

Julia is a graduate of Barnard College, where she studied Creative Writing. She's spent the last five years going back and forth between Russia and New York City.

Her favorite TOON Book is The Secret of the Stone Frog, because "I love big adventures, dark woods, and subways full of fish-people."

Get in touch at juliap.toon@gmail.com