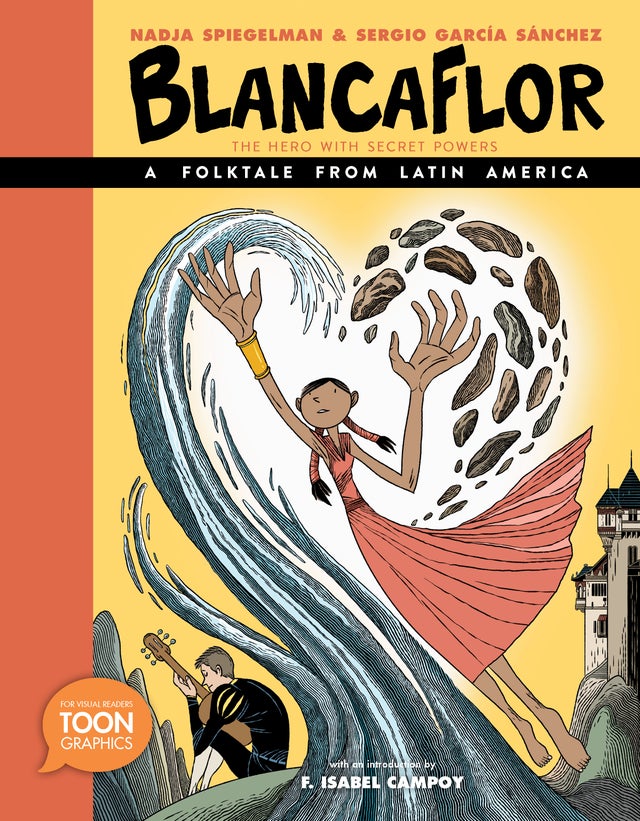 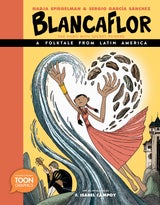 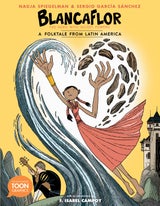 Blancaflor, the Hero With Secret Powers: A Folktale From Latin America

​A damsel to the rescue! Raised by a mean ogre of a father who eats his opponents for dinner, Blancaflor is often told not to show off her own considerable powers for fear of scaring off suitors. When a prince falls from the sky and wakes up in her lap, she is spellbound. She moves heaven and earth to help the endearing, yet not so clever, young man, all while trying not to let him know. With their trademark magnificent brio, Nadja Spiegelman and Sergio García Sánchez update a classic Latin American tale extolling the strength and resourcefulness of women.