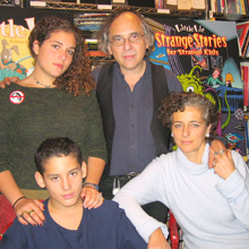 Françoise Mouly is the publisher, Editorial Director and Senior Designer of TOON Books, which she launched in 2008. She has been the art editor at The New Yorker since 1993, where she has overseen more than a fourteen hundred covers. Many of these have been named cover of the year by the American Society of Magazine Editors (ASME). In 2012, for the publication of “Les Dessous du New Yorker” by Éditions de La Martinière, Galerie Martel in Paris presented “New Yorker Covers,” an exhibit of artwork by Mouly and seventeen other artists.

In 1978, she co-founded RAW Books & Graphics with Art Spiegelman, her husband and frequent collaborator. From 1980 to 1992, she published and co-edited RAW magazine, the groundbreaking comics magazine which launched Sue Coe, Charles Burns, Gary Panter, Lynda Barry, Richard McGuire, Chris Ware, and so many others and first published Spiegelman’s Maus. In 2017, Ms. Mouly began publishing RESIST!, a collection of comics and graphics primarily by women, coedited with her daughter, writer Nadja Spiegelman. 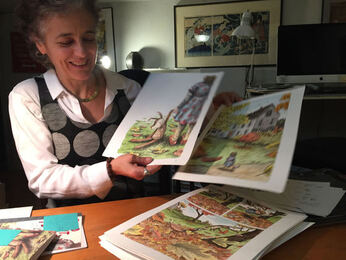 In 1998, after looking for material to help her two children become readers, Ms. Mouly established a RAW Junior division, to publish first the Little Lit collection of comics with HarperCollins, then the TOON Treasury of Classic Children's Comics with Abrams, and launched the TOON Books imprint.

Born in Paris, Françoise moved to New York in 1974. She was named Chevalier in the Order of Arts and Letters by the French Ministry of Culture. Among the many honors she has received are an honorary Doctorate from Pratt Institute, and Gold and Silver medals as well as the Richard Gangel Art Director Award from the Society of Illustrators. In the Fall of 2014, she received the Eric Carle Museum's Bridge Award, which goes to "an individual whose work has been instrumental in extending the boundaries of the illustrated book for young people." In 2015, Ms. Mouly was the recipient of the Smithsonian Ingenuity Award for her work in Education. She received France’s highest honor, the Ordre National de la Légion d'Honneur in 2011 and, in 2021, she was inducted in the Will Eisner Hall of Fame. 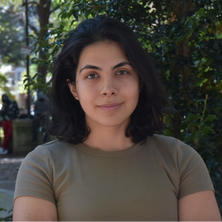 Faith received her BA from Princeton University, where she majored in East Asian languages and cultures, and she holds an MA from UC Berkeley, where she studied Korean and Classical Japanese with an emphasis on literature and translation. She became interested in comics first as a tool for language learning, and she fell in love with the humor and artistry of TOON's publications.

She has always loved feeding the pigeons wherever she went, so naturally her favorite TOON book is The Real Poop on Pigeons!.

Get in touch at faithg.toon@gmail.com 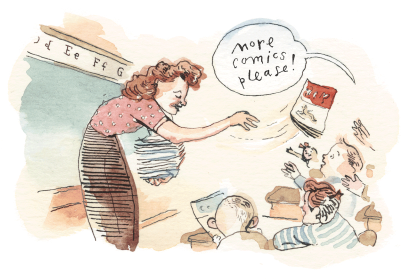